Big Brother Naija star, Omashola, has taken to social media to gush over his fiancée while he shared new loved-up photos of them together.

The reality star who recently proposed to his heartthrob and got a ‘Yes, said he knew she’s his soulmate from the very first time he saw her. 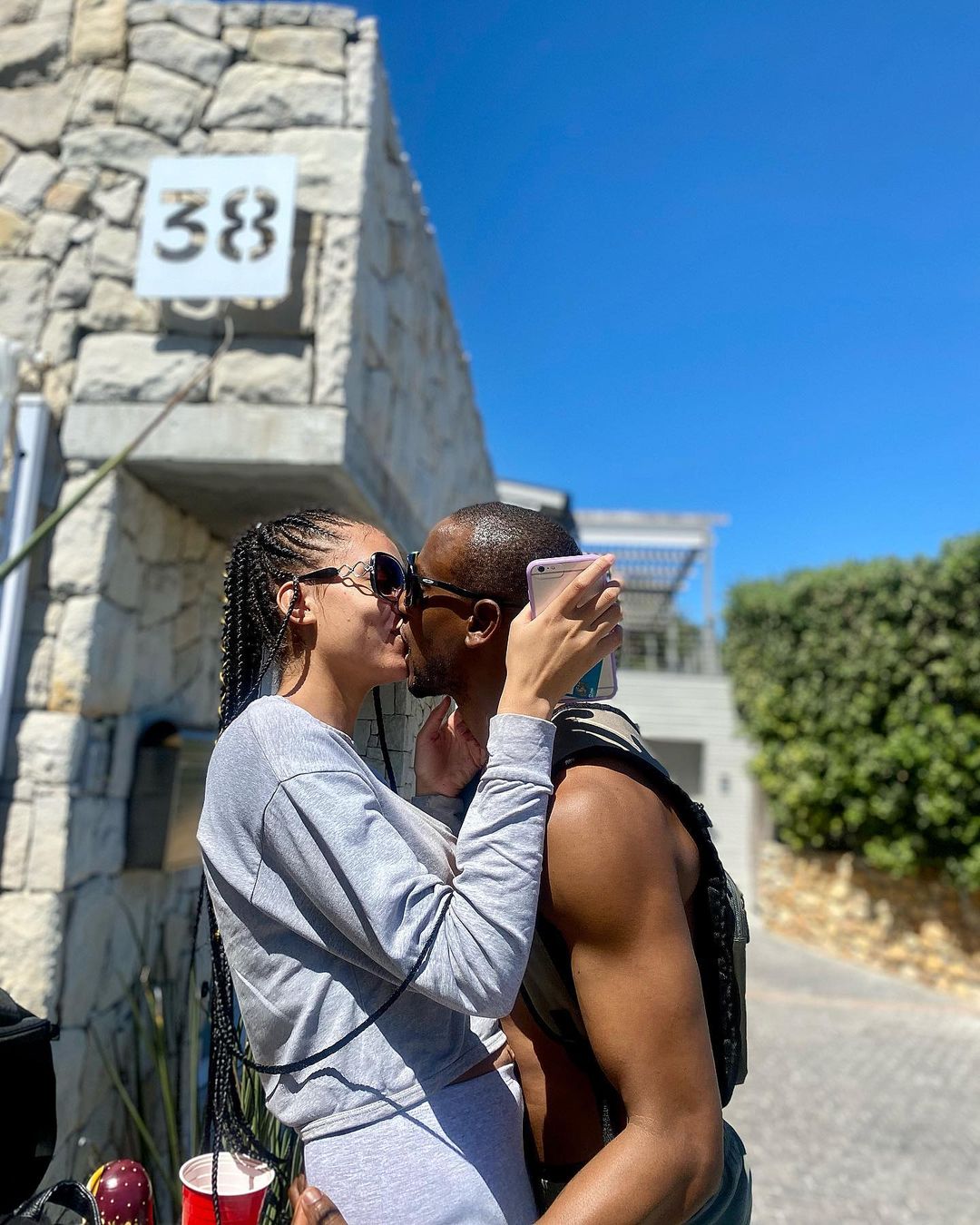 According to him, the moment he met her at the ATM stand, he walked up to her and told her he would marry her and she would be the mother of his kids.

Sharing the loved-up photos on his official Instagram page, he wrote,

“From the very first day I saw you at the ATM I new you were the one and I told you right there that I will marry you and you will be the Mother of my kids. You are my biggest prayer and I thank God for your love and support. Till the wheels fall off 💝❤️ Warri boy don fall in love o ❤️”. 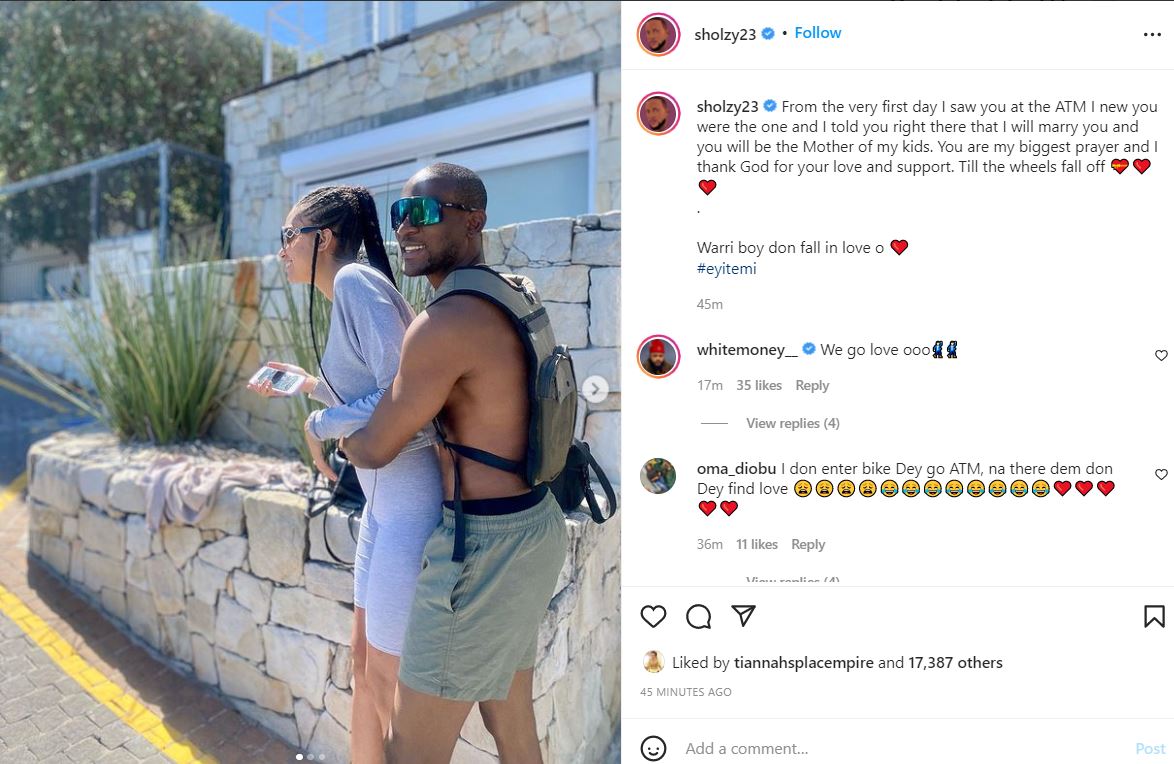 Omashola Oburo is a model and entrepreneur who became popular during his participation in the 4th season of the Big Brother Naija reality show.