Nollywood Actress, Anita Joseph does not pass up an opportunity to brag about her man/marriage on social media.

In a latest installment of married-life with the Olagunju’s (Anita and her husband), the Actress shared a video that had elements of Adult content in it and it surely ‘peppered’ some individuals.

In the video, Anita and MC fish filmed themselves debating who should get a woman’s breasts first between the baby and the woman’s husband.

During the course of the debate, the husband lowers his head to Anita’s breast and kisses it, then grabs her breast with his hand, before burying his face in her cleavage. 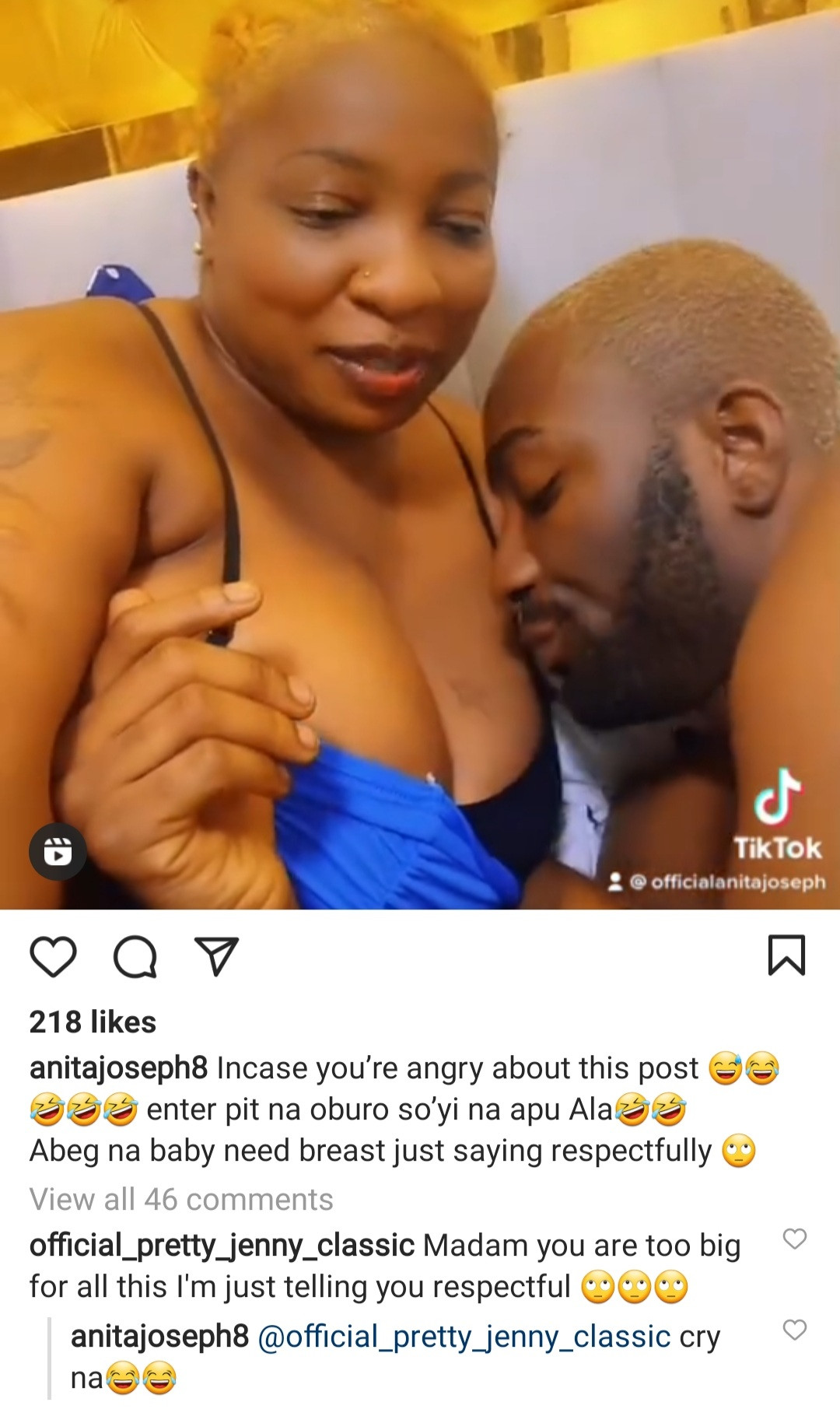 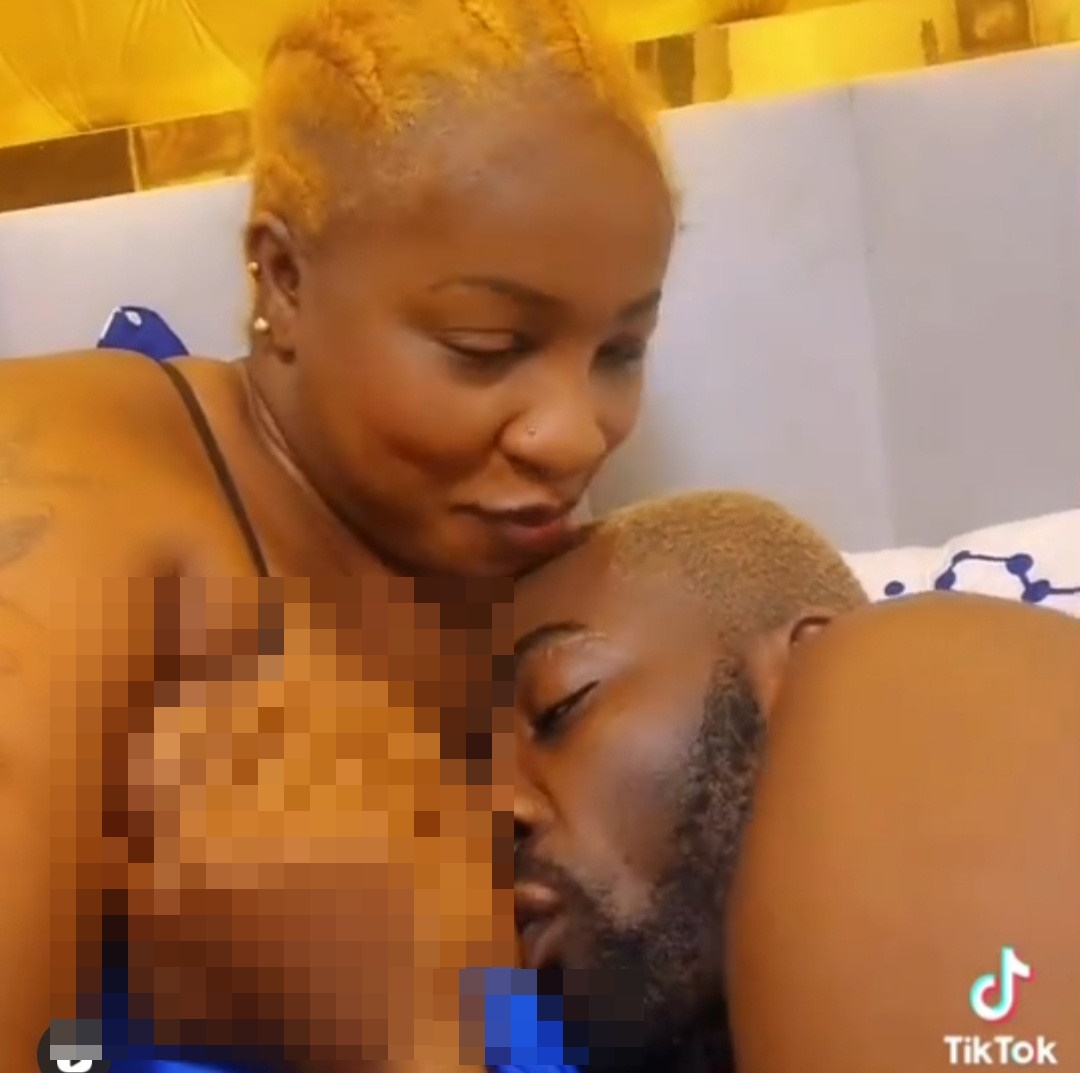 U.S. suspends 44 flights by Chinese carriers in retaliation against China

The #1 Worst Supplement to Take for Colorectal Cancer, Says Study

JUST IN: Iyorchia Ayu, Mimiko, Obi, others in closed-door meeting with Obasanjo

Amaechi bags traditional title from Daura, to be turbaned February 5

Lady recounts how her fiancé ghosted her few weeks to their wedding, after flying her to Dubai to propose (video)

Biden Against Israel Pipeline to Europe, Fine With Putin’s Pipeline

Canada looking forward to welcoming 1,000,000 Afghans who want in