A Nigerian dad has shared his children’s heartwarming reaction after he told them he couldn’t afford a park of juice they wanted. 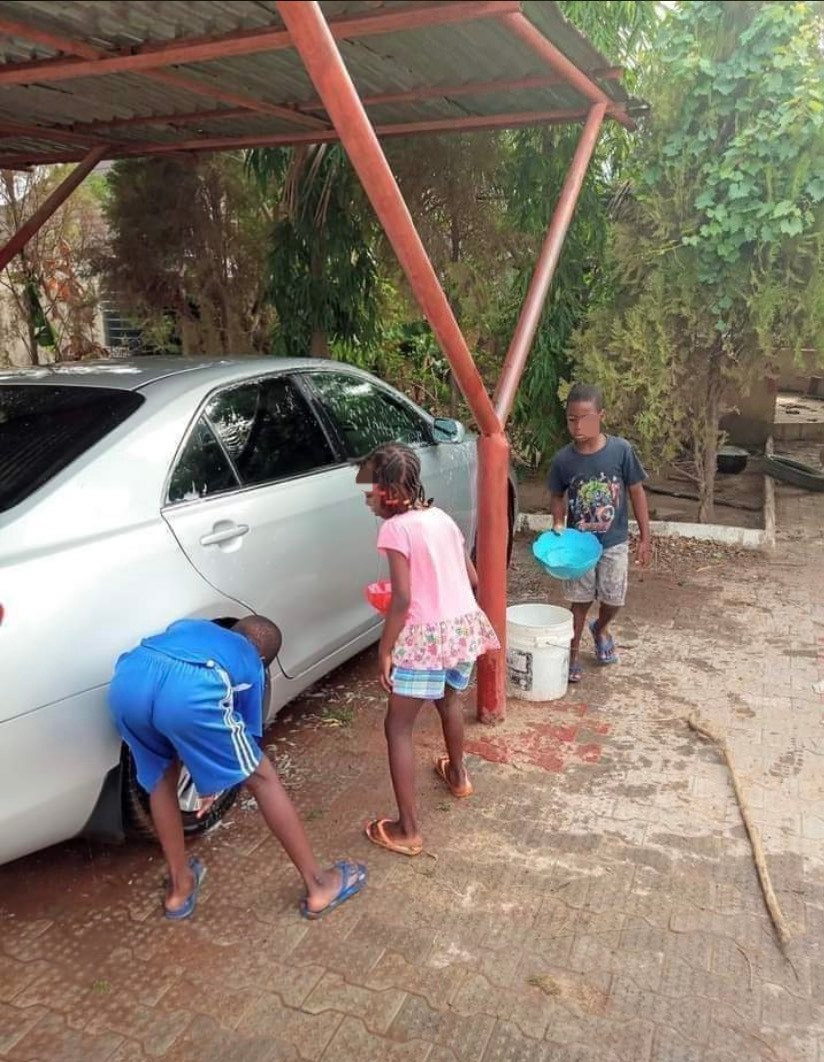 According to the man who shared the story on LinkedIn, his children approached him, telling him that they had exhausted their pack of juice and needed a replacement.

He, however, informed them that he couldn’t afford it at the moment as the only money he had with him was to be used to wash his car at a car wash.

Surprisingly, when he came out to drive his car out, he found his kids washing his car. 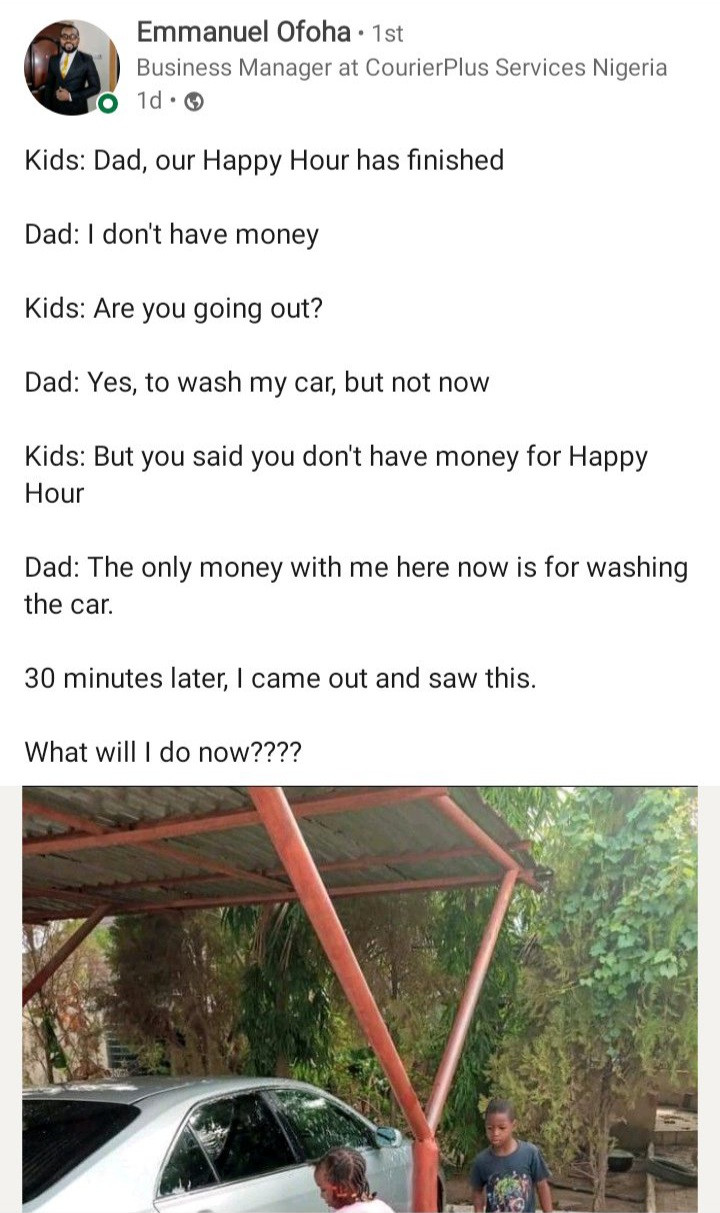 In related news, a man, identified as Taiwo Longe, has taken to the Twitter to share the emotional note he got from his daughter on her sixth birthday.

In the letter, which has garnered thousands of reactions on social media, the little girl reminded her father of his promise to gift her an educational tablet when she turns six.

She, however, noted that she knows her father didn’t buy her the much-anticipated gift because he couldn’t afford it.

In an attempt to reassure her father that everything will be fine, she wrote, “Don’t worry you hear, God will provide good job and plenty money for you”.

The brilliant girl went ahead to suggest an idea her dad could implement to purchase the iPad. She advised him to sell the chicken, which was originally intended to be killed and cooked for her birthday celebration, and use the proceeds to buy the iPad.

Everton Are Looking For A New Manager, Wayne Rooney Should Be Their Man Reckons Chris Beesley

2023: How Osinbajo will perform if empowered —ITRL

“Is that our Mummy G.O” – Nigerians react to a video of a woman drinking with a man at a Pub.

Juventus Have Taken Back The Contract Proposal Agreed With Paulo Dybala

Corruption: We were saints compared to today’s politicians ― IBB

Our customers are robbing us, EEDC alleges