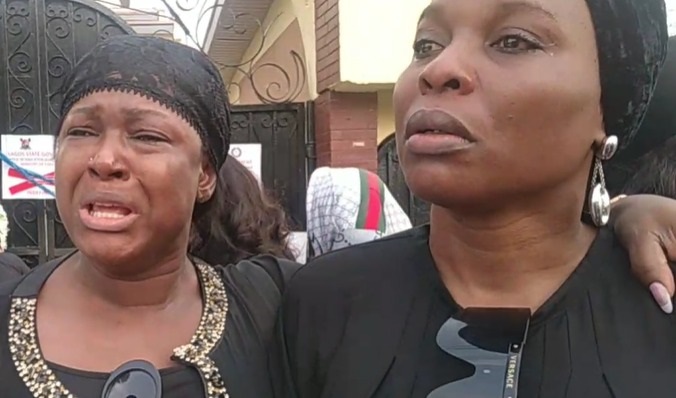 It can be recalled that Sylvester Oromomi, who until his death was a student of the school, died after he was allegedly tortured and beaten by his fellow student for refusing to join a cult.

Although investigations have commenced and the Lagos state government has promised to bring to book the evil perpetrators, the women dressed in black staged a protest in front of the sealed premises of Dowen College this morning, to call for justice for the little boy.

See more photos from the protest below, 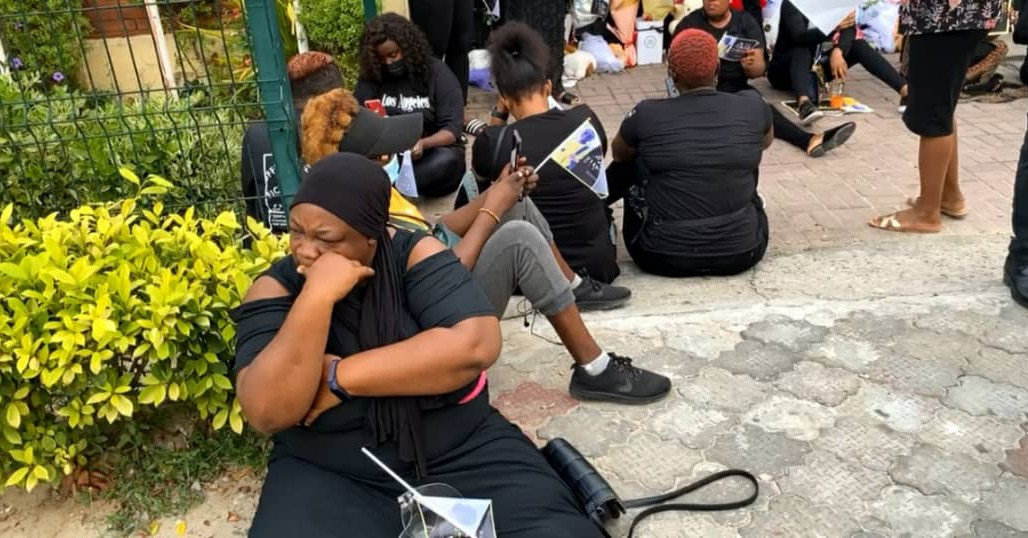 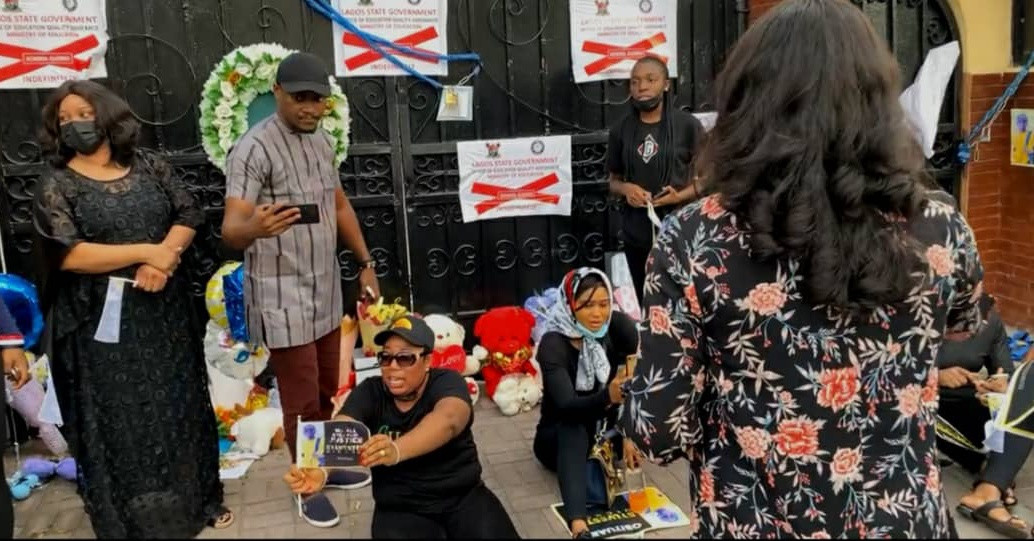 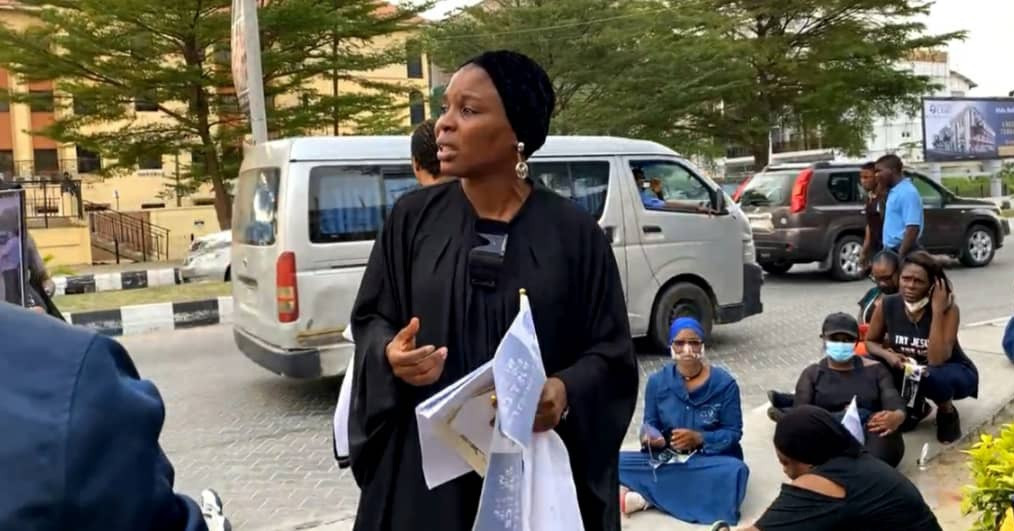 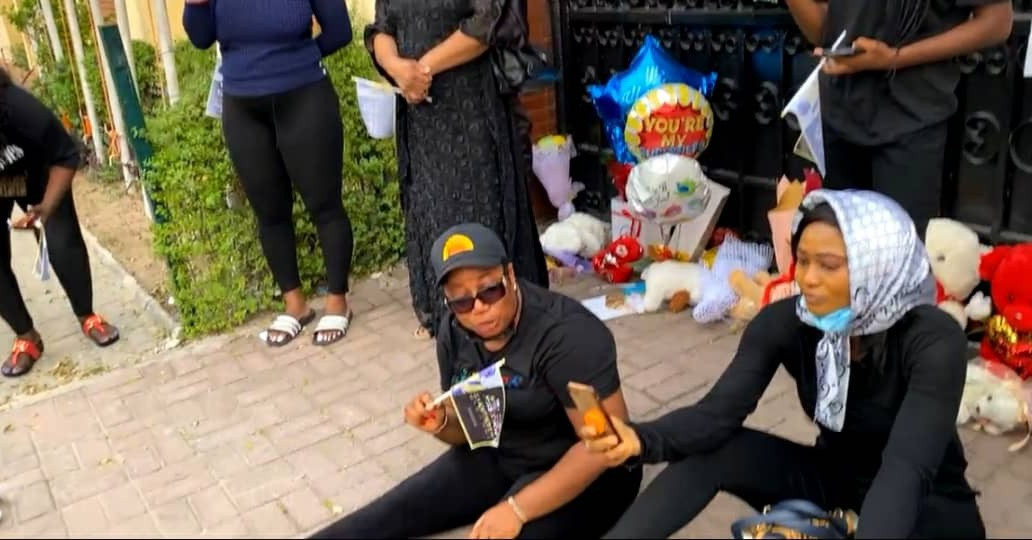 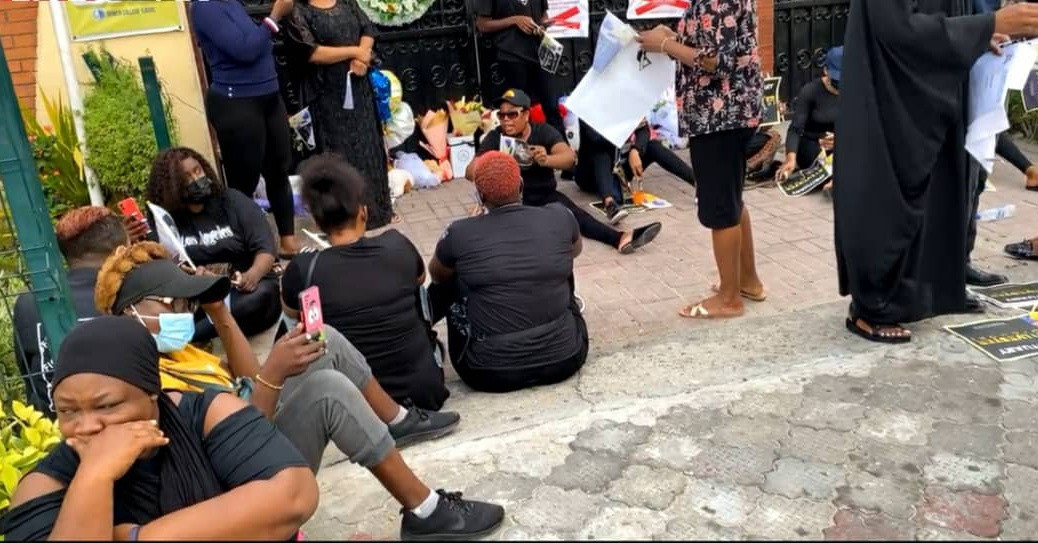 Meanwhile, the Lagos State Police Commissioner, Hakeem Odumosu, has disclosed that three students of Dowen College, Lagos, are currently helping the police in their investigation into the death of Sylvester Oromoni (Jnr).

According to him, three out of the five students Sylvester mentioned before he died are currently in custody and cooperating with the police in their investigation.