Gender equality activist, Solomon Buchi, has stated that before a woman can consider getting married she must have at least ten million naira in her savings.

Buchi in the post shared via his Twitter handle, noted that only when a woman has a steady income of at least N400k per month can she walk down the aisle with her heartthrob.

According to him, women should normalize telling men they are not ready for marriage until they are financially capable.

“No women should think of marriage is she doesn’t have at least 10m naira in her account with a steady monthly source of income of at least N400k.

“Nigerian women, there’s absolutely nothing wrong with telling a guy: ‘I’m not financially ready for a relationship. I’m still focused on building my business, career, and financial capacity.” 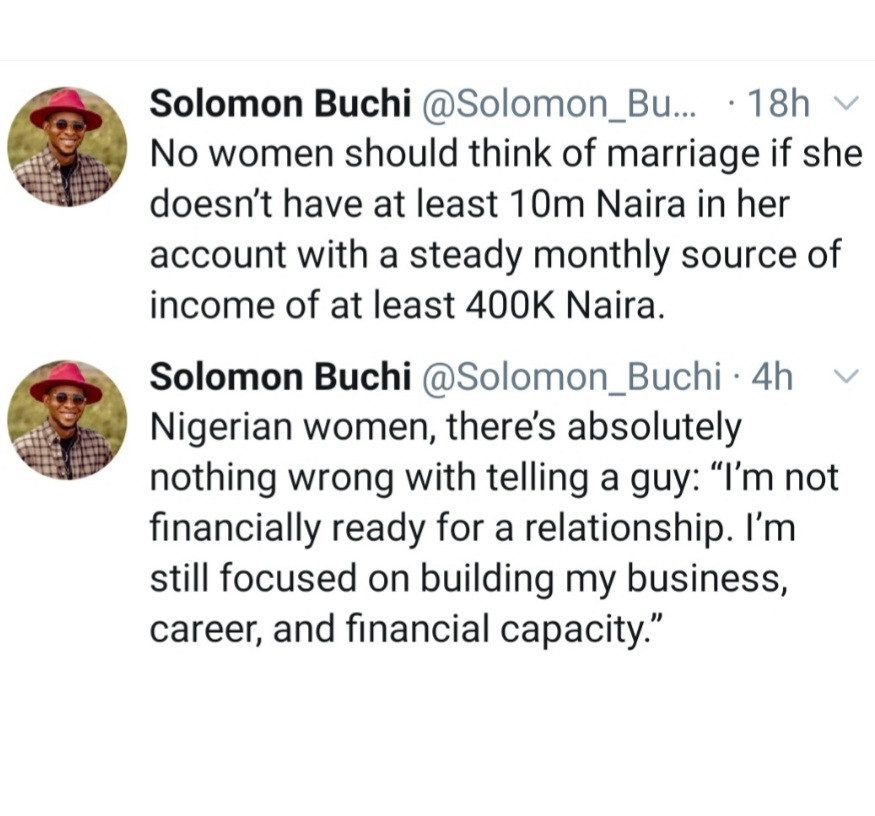 Amotekun rescues Fulani abducted by kinsmen, arrests one in Ondo