A Nigerian man, identified as Olajide Ikujenyo, has narrated how God saved him from being burnt alive during a road trip to Abuja.

The businessman took to Twitter to recount the incident that occurred in November 2020, while joining the #ThrowbackMiracles Twitter trend.

He also shared photos and a video of the burning car and gave thanks to God for preserving his life. 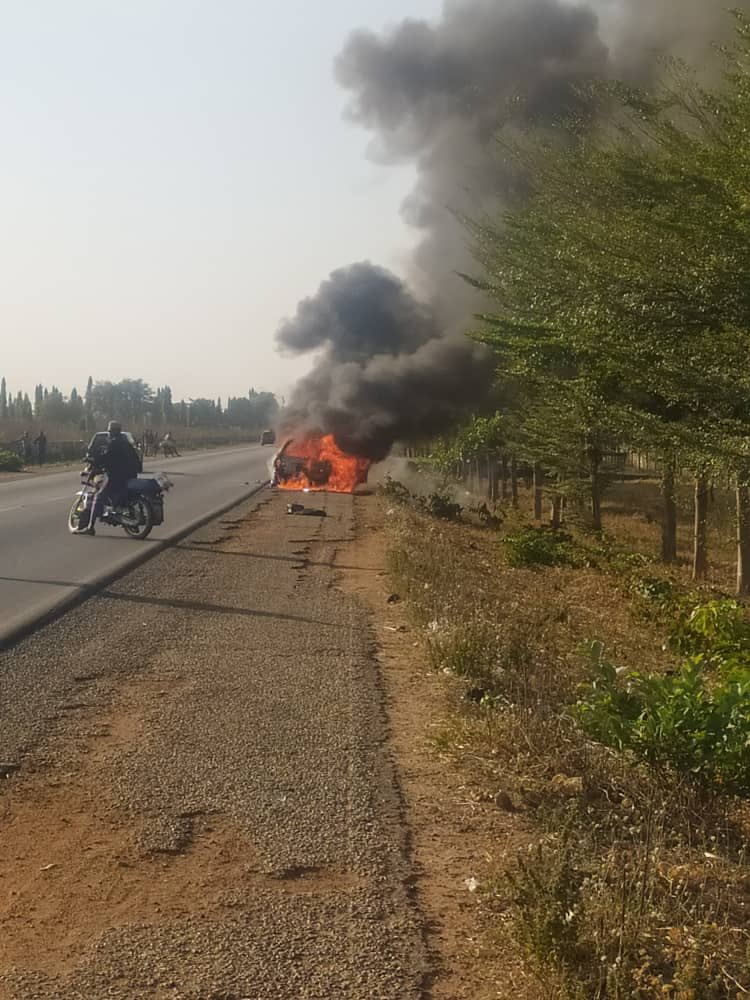 “My flight from Jos to Lagos was scheduled for 12pm but I got to the airport at about 11am only to be told the flight was rescheduled to 10am and it had left as at my arrival time at the airport. I didn’t want to spend an extra day in Jos so I called the office to book a flight from Abuja to Lagos for me so I could travel by road to Abuja to connect with the flight to Lagos. I took a cab from the park in Jos and we headed to Abuja as planned.

We were about 35km into Abuja when all of a sudden I became restless. I was seated at the back and for some weird reasons, I told the driver to park and allow me seat at the front. We had barely moved 400m when I noticed the car was jerking profusely and I asked the driver what was wrong with the car.

He said it was the nozzle and I told him to park let’s check what was wrong. Instead of parking, he called someone on the phone, presumably a mechanic as he was speaking Hausa which I didn’t understand but I remember he kept mentioning nozzle.

The car that left Jos in perfect condition was completely burnt in an instant. While I was seated at the back, I used the seatbelt and because people hardly use the back seat belt, it was a bit rusty and difficult to unhook at the time I switched my seat.

It was God that made me feel uncomfortable as I probably wouldn’t have switched my seat neither would I have noticed the jerking car which in turn made the driver place a call that reduced his speed & allowed the other road user to catch up and alert us.

When fire starts, the seat belt becomes very difficult to unhook. Now imagine if I was trapped at the back seat with my seatbelt on? I couldn’t sleep for 3 good days as I kept imagining how things could have gone south if not for God.”

See his tweets below, 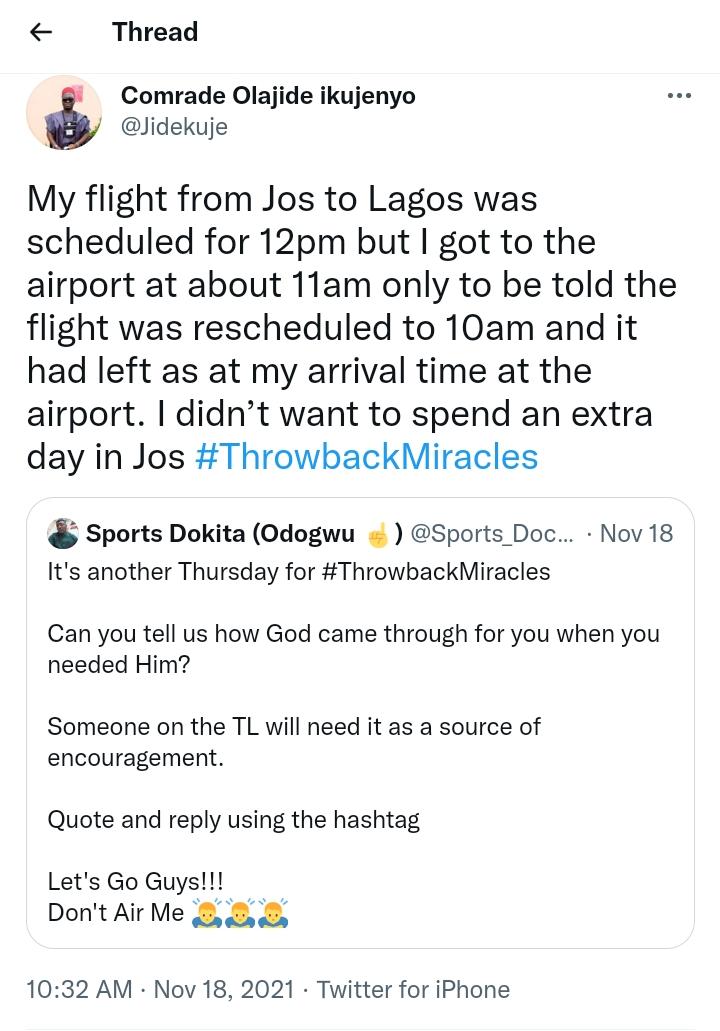 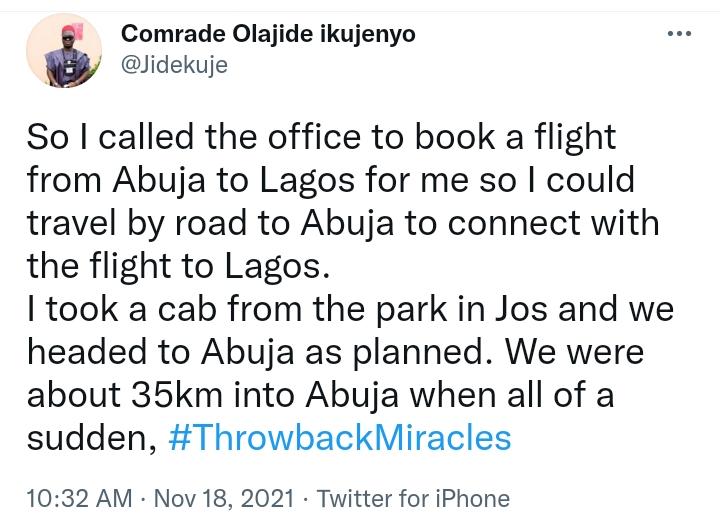 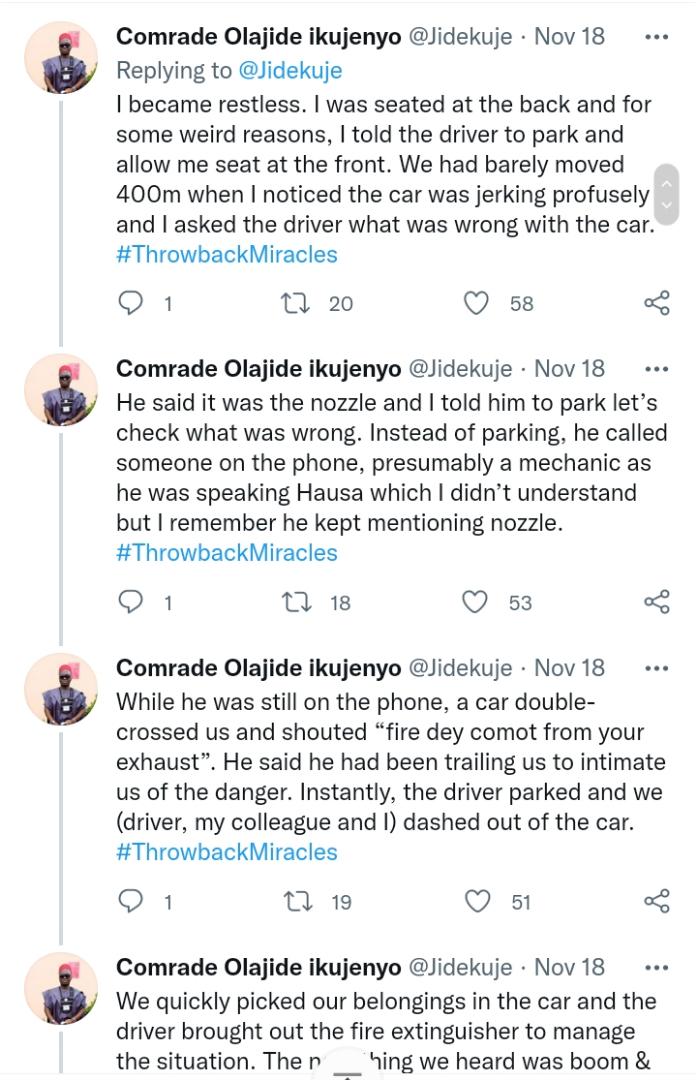 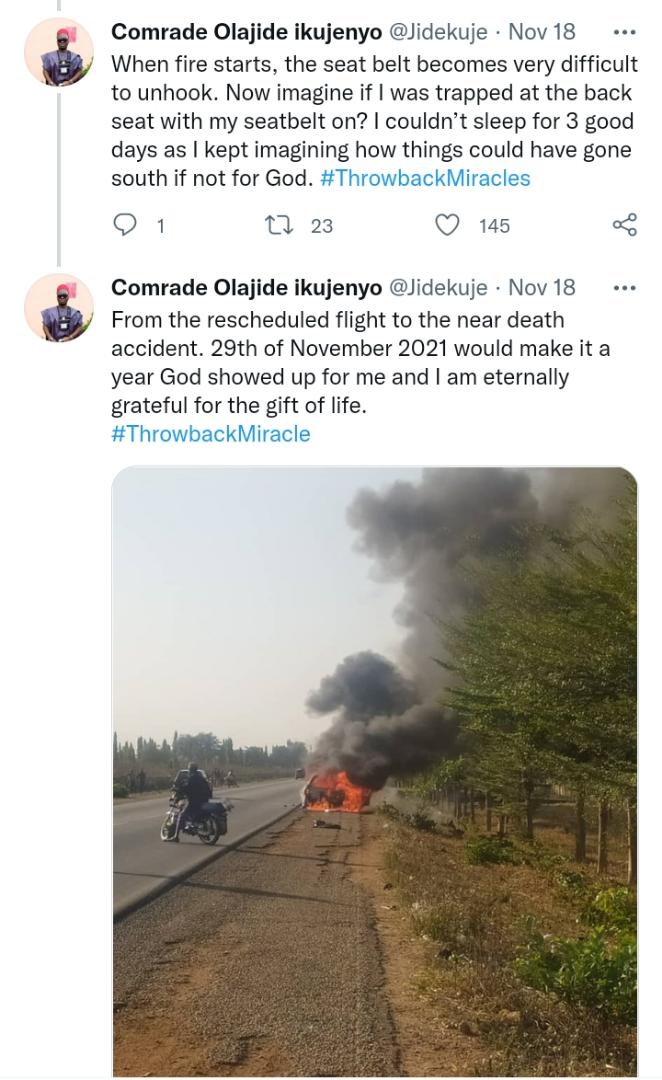 Over 3.4 million persons fully vaccinated against COVID-19 in Nigeria: NPHCDA