A pastor has told a female member of his church that her son, who is an armed robber, will be killed within the week.

This statement was filmed and the video is now going viral online. 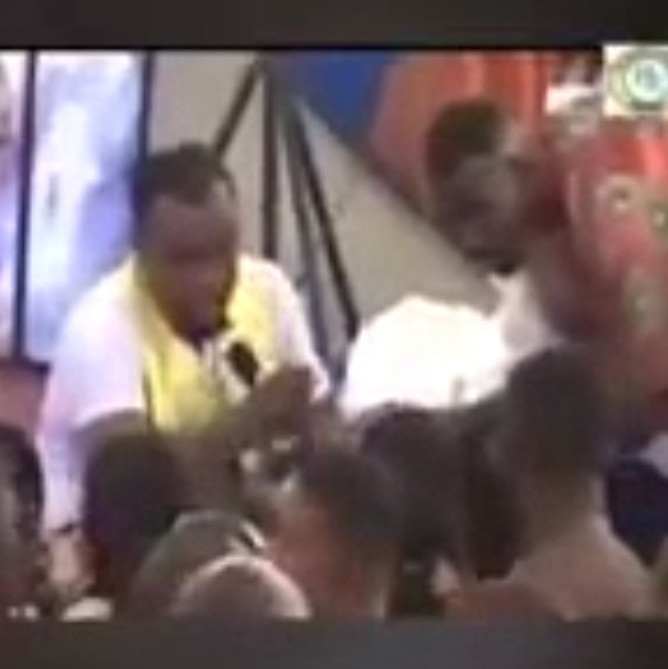 While prophesying in church, the pastor asked her if she’s aware that her son is a thief, she replied in the affirmative.

The pastor then told her that the son will be killed by wednesday, she immediately begged the man of God to reverse it. The man of God replied “but you have being saving some money in your account for him” she said yes… he then told her “he who lives by the gun will die by the gun.

The pastor then asked her to “Get out” and added that God has decided to make him drop his weapon by eliminating him.

Watch the video below ;