A former Minister of Aviation in Nigeria, Femi Fani-Kayode has claimed that some external forces are bent on causing a war between citizens in Nigeria.

A Civil War happened in Nigeria, between 1967 and 1970. The war was between the government of Nigeria and the Republic of Biafra, a secessionist state which had declared its independence from the West African nation in 1967.

During the two and half years of the war, there were about 100,000 overall military casualties, while between 500,000 and 2 million Biafran civilians died of starvation.

‘FFK’ as Fani-Kayode is fondly called, warns against a repeat of the civil war in Nigeria. 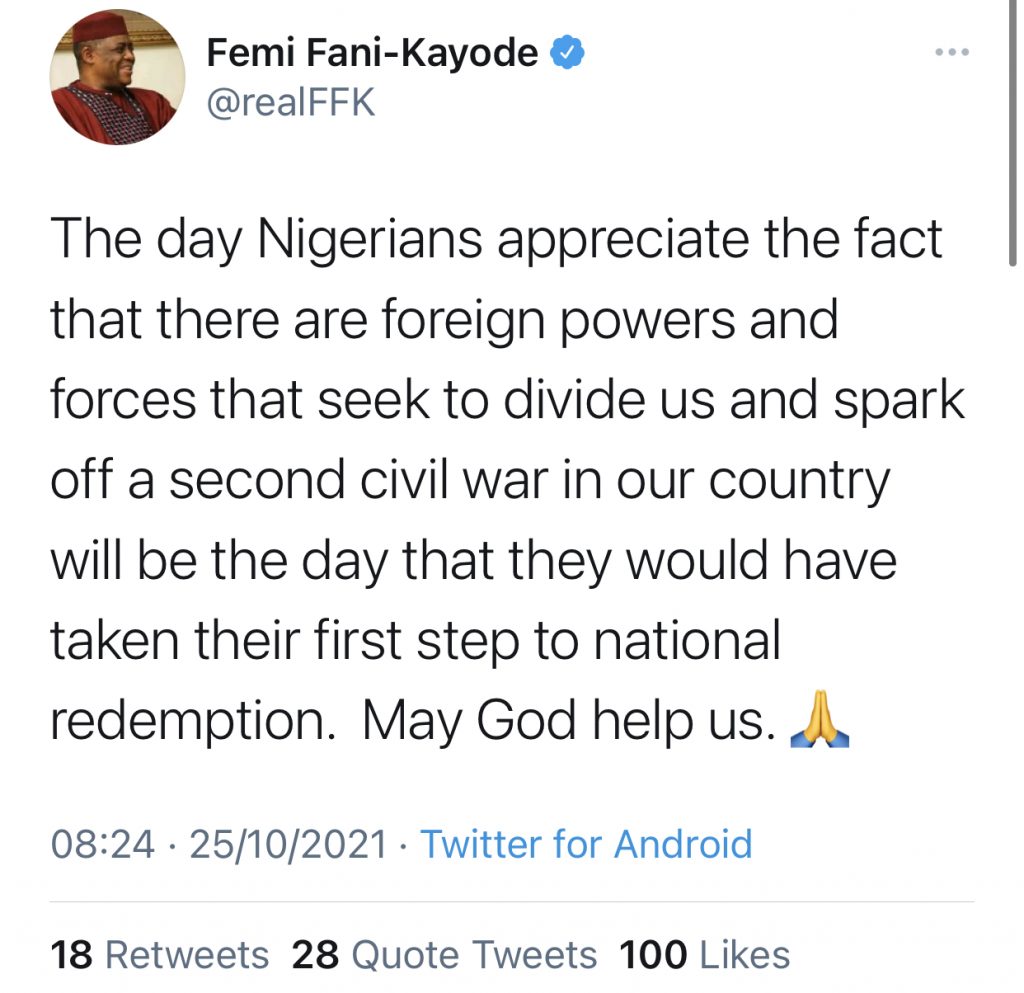 “The day Nigerians appreciate the fact that there are foreign powers and forces that seek to divide us and spark off a second civil war in our country will be the day that they would have taken their first step to national redemption. May God help us,” Fani-Kayode wrote on his verified Twitter handle on Monday morning.

Since officially moving from the All Progressives Congress (APC) in September, the former Peoples Democratic Party (PDP) politician has been preaching unity, and has obliterated his criticism of the Muhammadu Buhari administration.