At least three persons have been killed after a downpour in Trademore Estate, Lugbe District, Abuja. 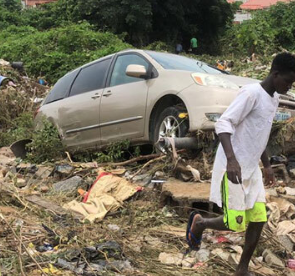 Residents of the area, however, insist that there are more fatalities. 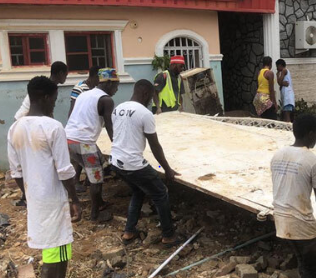 Several cars were also swept away by the flood following the downpour on Sunday night. 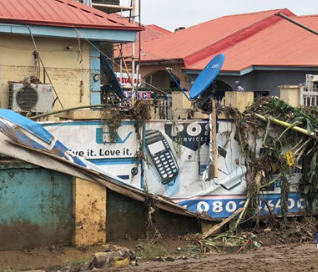 Trademore Estate has been in the news for flooding. Last year, one person died in the area after a downpour.

Meanwhile residents of the estate whose properties were destroyed have cried to government to come to their aid. The residents explained that it will be difficult to move on without government and other well meaning Nigerians’ assistant going by the mass destruction that the flood has inflicted on them.

MSNBC Host: ‘White Supremacy Is Now a Key Ideology of the Republican Party’

What’s Happening in SCOA Nigeria: Chairman, CEO, others lose N1.14bn – What you should know

‘The Jews Are Evil’: Ohio Man Converts to Islam, Plots Massacre at Synagogue

10% of Biden’s Afghanistan Aid Will Go To Taliban

“You couldn’t even wait to see it” – Actress, Nkechi Blessing heartbroken as she reveals she was building a house for her late mum as birthday gift

New Zealand: Lawyers for Muslim teen who threatened to kill non-Muslims say he ‘can’t be held in custody for ever’

#BBNaija: “I would like to have a 3some with Nengi and Vee” – Pere

#BBNaija: “I hope you’re still waiting for me” – Pere breaks down in tears while sending shoutout to his girlfriend and mum (Video)

Drake’s Idol-Turned-Rival, Kanye West, Is Reportedly Working On A Playlist Of Unreleased Music To Give To The Masses